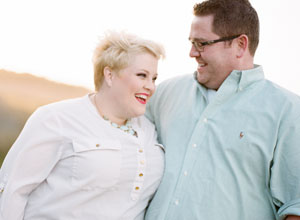 Hi there! We're Luke and Cat, and we're so happy you're here. We hope you'll stay a while! We’re a husband and wife wedding photographer team based in Houston, Texas. Ranchers-turned-photographers, our world looks like this: a Craftsman-style farmhouse; our newborn, Knox, in our arms; coffee in the kitchen; Edison lights on the back porch; and a pair of English bulldogs at the foot of our bed. Read more...

Jun 27, 2013 / Our Life, Film
We've added another film camera to the family, in the form of a Polaroid Land Camera 420. We've been wanting a Polaroid camera for a while now. I (Cat) am the 'gear researcher' of the two of us, and I knew that we wanted a Polaroid Land Camera, but there were several models made. All of them are pretty similar, and since these cameras aren't being made anymore, it came down to finding the right used camera for us.

This particular model was manufactured between 1971 and 1976, so this camera is over 30 years old. So awesome! In that time frame, I wasn't the least bit surprised when my dad saw us with it the other day and said he used to have one like it. The good thing is that it was in almost mint condition, which was important to us. Also, obviously, we wanted the camera to be in tested, working condition, which was harder than you think. So many of these cameras end up on people's mantles, so there's a lot of them on eBay that aren't tested or working.

The camera we got also has had some battery modifications where it can accept modern AAA batteries as opposed to old Polaroid batteries. Polaroid doesn't make the film for these cameras anymore, but luckily, Fuji makes a modern film that works. And so begins our love affair with the Polaroid! 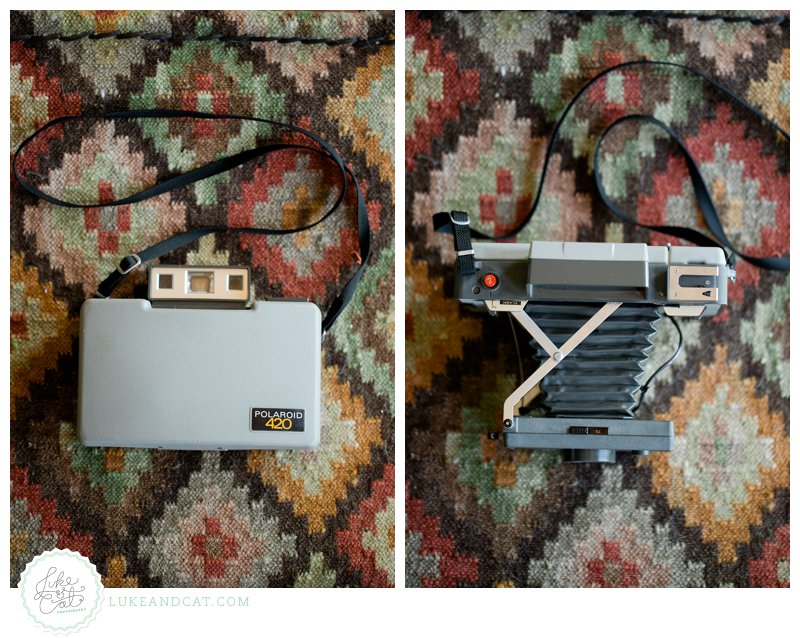 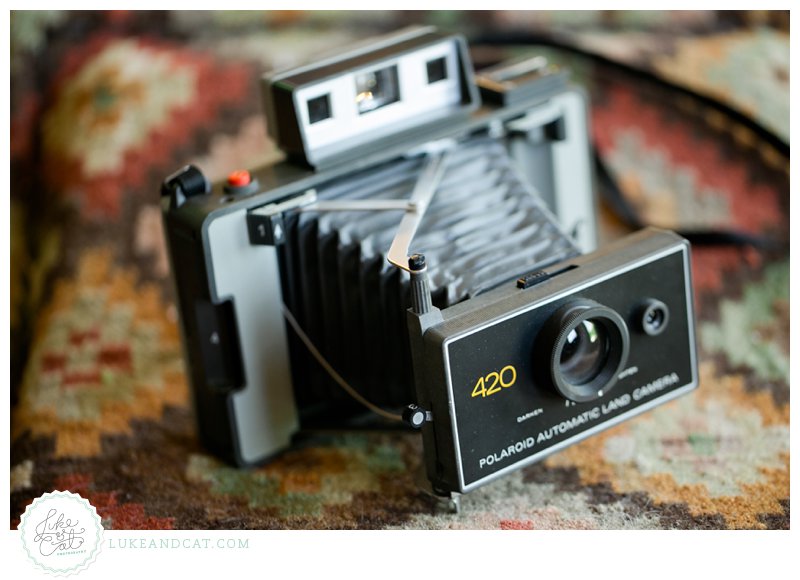 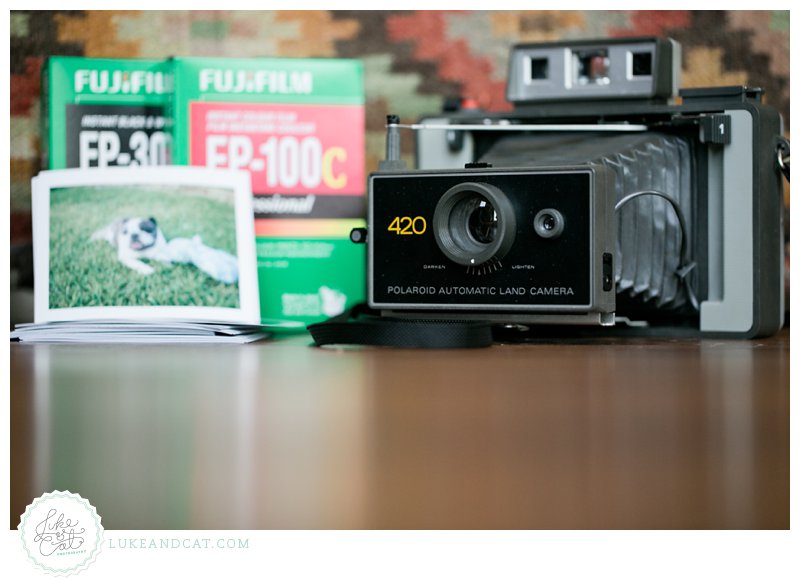 As you can imagine, most of our pictures are of Wilma and Hudson. 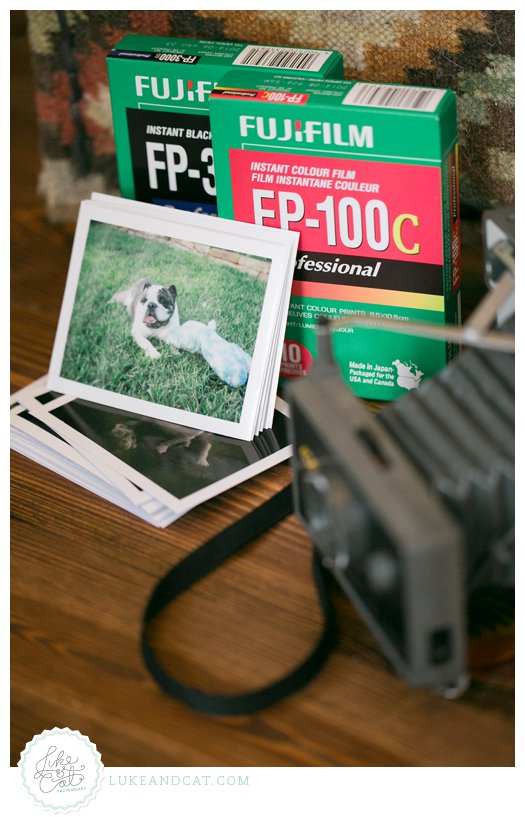 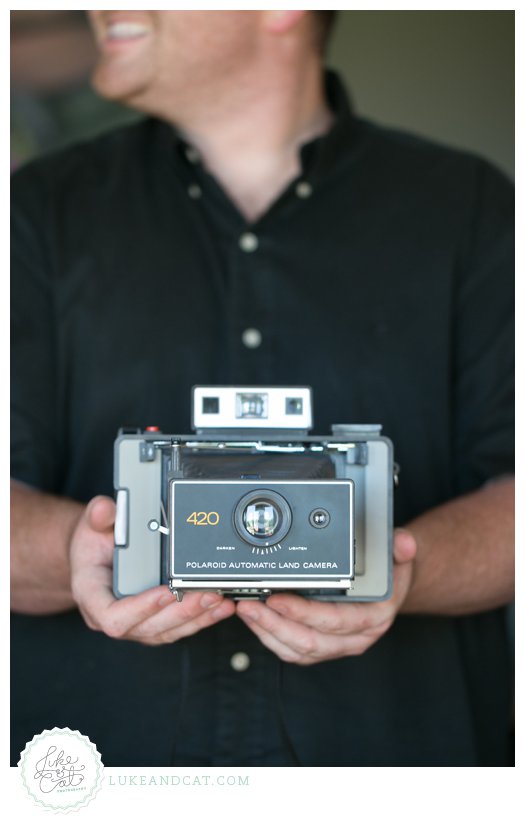 When you take a picture, you pull the picture out of the camera and it looks like this. Based on the temperature at your location and the type of film, you have to wait anywhere from 15 seconds to 3 minutes before you can peel the picture off. We have found that if you peel the picture off a little earlier, you can end up with a slightly warmer image. On the opposite end though, if you let it go too long, your picture will definitely look a little blue. 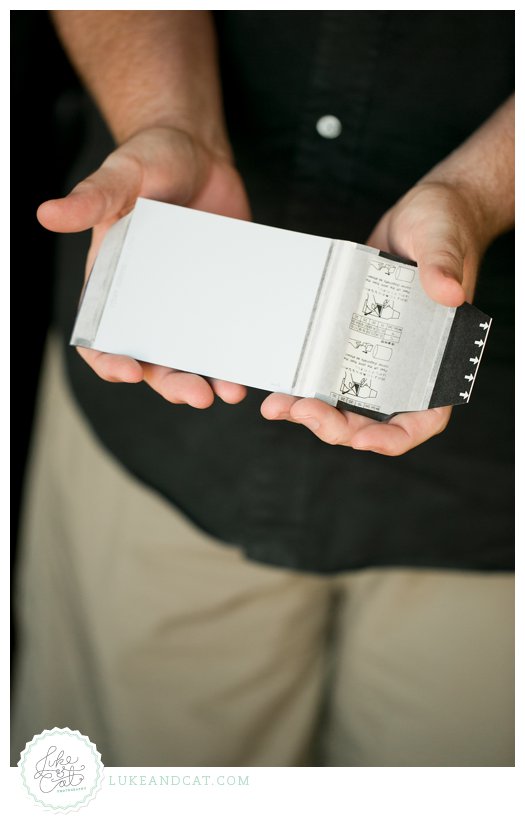 Sometimes though we forget to change the dial for the film speed and end up with a picture like this.... 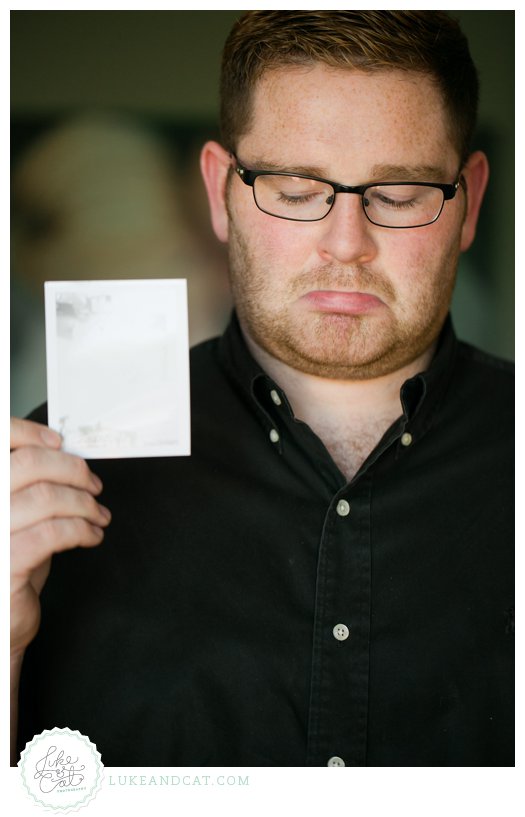 But eventually we figure it out. 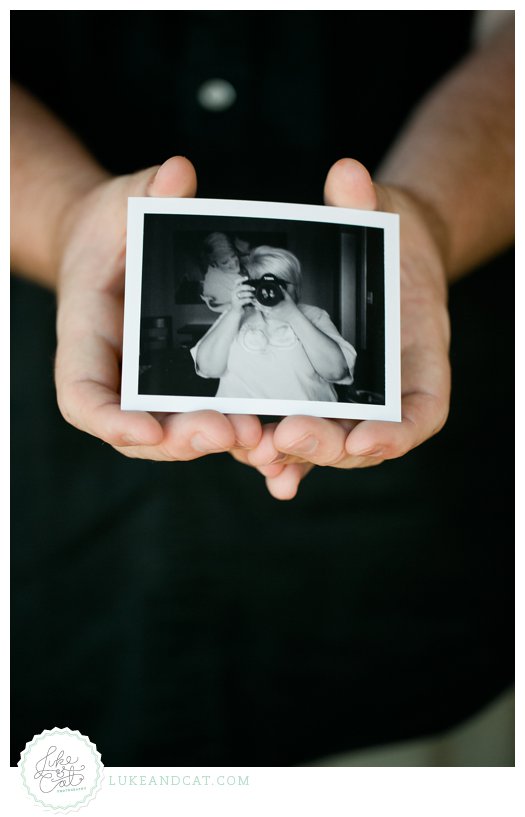 We have a huge stack of pictures and we're also bringing our Polaroid around with us on shoots, so we will keep sharing! 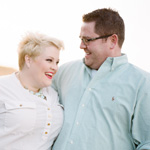 Did you like this blog post? For another slice of life on the ranch and a heapin’ helpin’ of visual inspiration, visit our website. There you can submit an inquiry for wedding photography, learn more about our one-on-one coaching intensives for photographers, contact us, or send fan mail. We can’t think of anything more exciting than fan mail, except being served hot coffee and red velvet Sprinkles cupcakes for breakfast in bed!
Connect
With Us
Connect With Us
Follow on Facebook
Visit Our Website
Fun Fact:
We love McDonald's breakfast. Luke: Bacon Egg and Cheese Bagel. Cat: Bacon Egg and Cheese Biscuit. 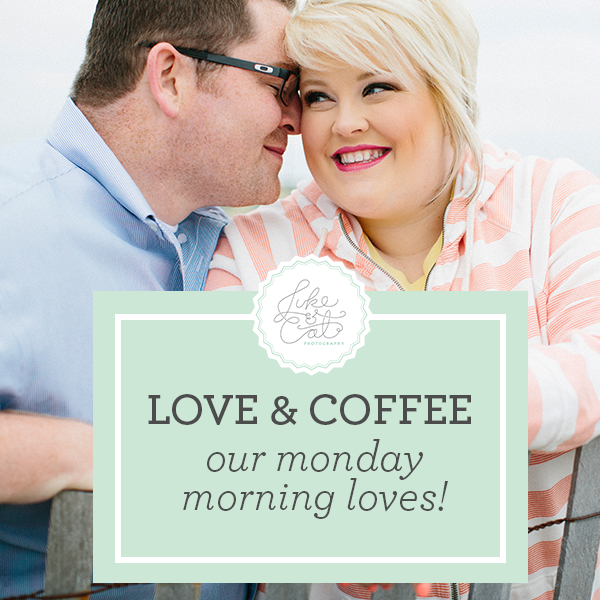 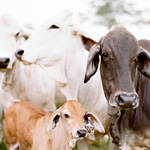 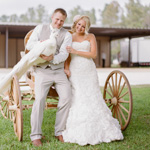